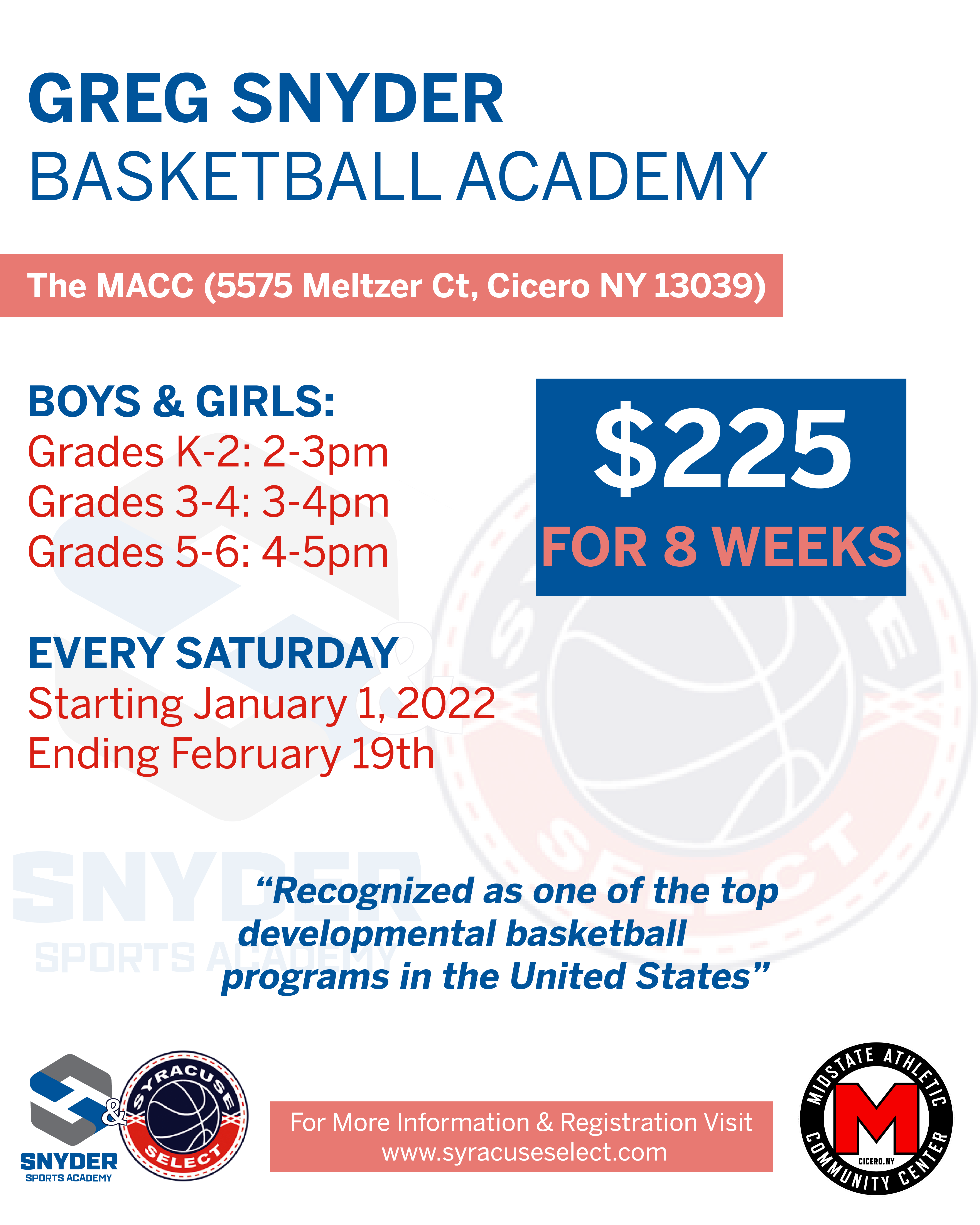 We are excited to announce that Syracuse Select has hired Greg Snyder for basketball training, development, and coaching.

Greg comes to us from the University of Vermont, where for the past 7 years he has been part of a coaching staff that won 5 straight regular season titles and 3 conference tournament titles, with appearances in the NCAA tournament. Greg was also an assistant at Colgate University, Hamilton College and Potsdam State. He was part of a High School NEPSAC Class AA Championship while at St. Mark’s School in Massachusetts. He has had a hand in player development of athletes who have gone on to play in the NBA/Overseas, Division 1 and Division 3. He himself was a 4-year Varsity player at Jamesville-DeWitt High School and played his college career at SUNY Potsdam where he led the SUNYAC Conference in 3 PT percentage his senior year (48%). In his 14 years of coaching college he has been a part of many great coaching staffs who have immeasurable basketball knowledge, and his teams have won a lot of games, won a lot of championships, and through this he has gained a great wealth of expertise and experience. His trainings emphasize fundamentals of offense, defense, shooting, and ball and body control, while helping the players push themselves to their next levels.

The Greg Snyder Academy’s are one of the most effective basketball training offerings available. The Basketball Academy incorporates 60 minute workouts (individual and team skills) over the span of 6 weeks. This allows players to develop over time, with a convenient schedule designed to teach and re-teach the fundamentals of the game of basketball. Taught by Greg Snyder, this course is designed to push your player to the next level of their basketball skills and IQ, and to get them ready for their scholastic season ahead! The Academy dates are Saturday’s: 1/1, 1/8, 1/15, 1/22, 1/29, 2/5, 2/12 & 2/19. The Academy is the best off-season training program in Central New York. Cost will be $225 per player. Register early to avoid missing out.