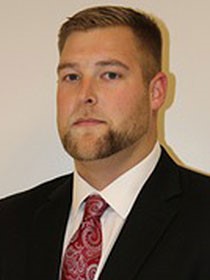 Tom Wilk joins the Syracuse Select coaching staff in 2020-21 After one season coaching at SUNY Cortland. The Cortland native is a 2015 graduate of Morrisville State and served on the Mustangs’ staff for two seasons from 2017-19. He also coached two years at SUNY Dehli from 2015-17.

Wilk was named to the 2019 Under Armour National Association of Basketball Coaches (NABC) 30-Under-30 Team, which represents 30 of the most outstanding men’s college basketball coaches under the age of 30. He’s worked numerous basketball camps, including the Roy Williams University of North Carolina Basketball Camp, the Hoop Group Elite & Future All-American Camps, and both SUNY Cortland’s and SUNY Oswego’s Youth Camps.